Women and Cancer: What You Need to Know 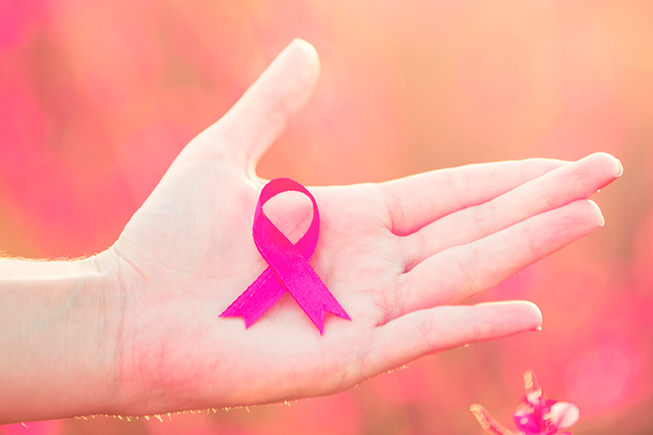 Early detection can save your life: Knowing what to look for and what to do if you see any signs or symptoms of cancer can help to prolong your life or the life of someone you love. Get to know the signs of some of the most common cancers as well as what you can do to lower your risk.

Breast cancer is the most common type of cancer in women, with 279,100 new cases estimated for 2020. Women can develop breast cancer at any age, but the risk does increase as you get older. For that reason, annual mammograms are recommended every two years for women who are at average risk for breast cancer and who are between the ages of 50 and 74. Mammograms might be recommended for women between the ages of 40 and 49 if they have a history of breast cancer in their families or other risk factors. Your doctor can help you decide when the best time is to begin mammogram screening.

Colorectal cancers include cancer of the colon and cancer of the rectum. The group of cancers is among the most common in both women and men. Like other types of cancer, early detection is crucial to treat colorectal cancer quickly and save lives. Women who do not have a family history of colorectal cancer can begin screenings at age 45. Examples of screening include colonoscopy, CT colonography, or flexible sigmoidoscopy. Depending on the type of screening test your doctor recommends, it should be repeated every five to 10 years.

Some of the signs of colorectal cancer to keep an eye out for include blood in the stool or bleeding from the rectum, unplanned or unexplained weight loss, and changes in the stool that last for more than four weeks. 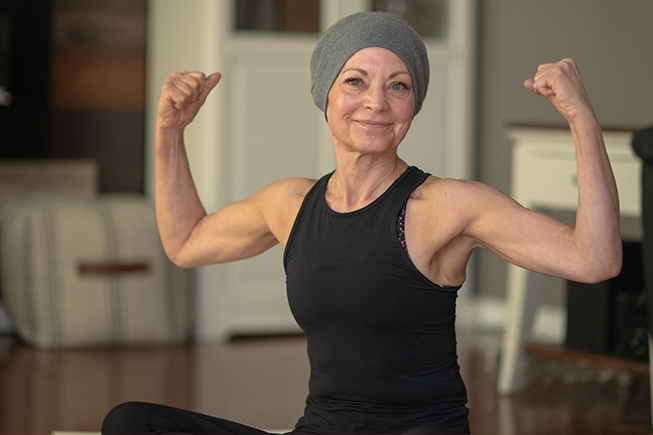 It's not only people who smoke who can develop lung cancer. Lung cancer is one of the most common cancers among women and men. It can be caused by tobacco smoke or by breathing in particles and chemicals in the air. Lung cancer screen is usually recommended for people over the age of 50 who have a history of smoking and who are current smokers or who quit recently.

Like other types of cancer, lung cancer might not have any signs until it has reached an advanced stage. Some people do develop symptoms early, though, such as a persistent cough, chest pain, and hoarseness.

Regularly checking your skin for visible changes, such as a mole that has changed color or size, will help you detect melanoma and other types of skin cancer early. If you have a history of skin cancer in your family, annual skin checks performed by a dermatologist are recommended.

Endometrial cancer, or cancer of the lining of the uterus, most commonly affects women around menopause. In 2020, an estimated 65,620 new cases will be diagnosed. A common sign of the cancer is vaginal bleeding between periods or after menopause. Some women might also have pain in the pelvic area.

While endometrial cancer often has obvious symptoms in the early stages, cervical cancer typically does not. Regular screening for cervical cancer is essential for early detection when it can be most easily treated. Annual PAP smears, which detect abnormal cells on the cervix, are recommended starting at age 21. Since cervical cancer is often caused by HPV, an HPV test can also be a useful screening tool.

The HPV vaccine might help to reduce the risk of cervical cancer. If you have not had the vaccine, talk to your doctor to find out if it is right for you.

Ovarian cancer is not the most common cancer of the female reproductive system, but it is often the most deadly. Like other cancers, early detection is crucial for the best treatment outcomes. Although there aren't specific screening tests for ovarian cancer for women who are of average risk a pelvic exam can be a useful detection tool. Knowing the symptoms to look for, such as pain in the pelvic area or lower back, unexplained bleeding, and a heavy feeling or bloating in the pelvic area, can help you get the medical attention you need sooner, rather than later.

How to Reduce Your Cancer Risk

While there is no sure-fire way to fully prevent cancer, many women can make changes to their lifestyles and habits to help reduce their risks. Eating a healthy diet and exercising can help to prevent many of the most common cancers. Avoiding exposure to pollution, the sun's ultraviolet rays, and tobacco smoke can help to reduce cancer risk.

If you have a family history of cancer or have a history of participating in behaviors that can increase your cancer risk, such as sunbathing, smoking, or drinking a lot of alcohol, be sure to speak with your doctor to learn more about your screening options and what else you can do to protect your health.

Early detection of cancer saves lives. If you are concerned about your risks of developing cancer or another health issue, take any of our free HealthAware risk assessment tests.

5. What Can I Do to Reduce My Risk of Cervical Cancer, Centers for Disease Control, https://www.cdc.gov/cancer/cervical/basic_info/prevention.htm