The Truth About Fried Foods and Your Heart

French fries, chicken fingers, and mozzarella sticks -- fried foods tend to have a satisfying crunch and texture as well as a savory flavor. In many cases, fried foods also have a combination of carbohydrates and fats that many humans are "hardwired" to love1. A serving of fries doesn't just taste good, it makes you feel like you're getting a reward.

While your brain might be programmed to seek out the taste and texture of fried foods, eating deep-fried foods to excess can be troublesome for the health of your heart. Fortunately, keeping your brain happy and your heart healthy is possible, as long as you practice moderation and choose heart-healthy swaps more often than not.

What's Going on With Fried Foods?

When you deep-fry food, you submerge it in hot oil. The heat from the oil crisps the exterior of the food while heating the interior to a safe temperature. Usually, deep-fried foods are crispy and crunchy on the outside and soft on the inside, like a breaded mozzarella stick that has melty cheese inside.

The process of frying food adds fat but that's not the only factor that affects the nutritional value of the food. Before deep-frying, you often batter or bread foods, such as chicken, cheese, or fish. The breading or batter adds calories, usually in the form of carbohydrates. Many fried foods are also high in salt, as they are salted during the breading or battering step and after they come out of the fryer.

The oil used to fry foods affects their fat content and nutritional value. It's not just the type of oil that matters. The age of the oil and how many times it's been reused also affects the food that gets fried in it.

Oil breaks down as it's heated. If it's heated over and over again, the food fried in it tends to absorb more oil, meaning the finished food has more fat and calories than foods fried in fresh oil2.

How Fried Foods Affect Your Heart

It's probably not news to you that fried foods usually aren't the heart-friendly choice. But a relatively recent meta-analysis of studies sought to examine the impact of fried foods on the heart. The study examined 19 studies that had a combined total of more than 1.2 million subjects3.

The researchers noted that each four-ounce serving of fried foods raised a person's risk of a major cardiovascular event by 3%. 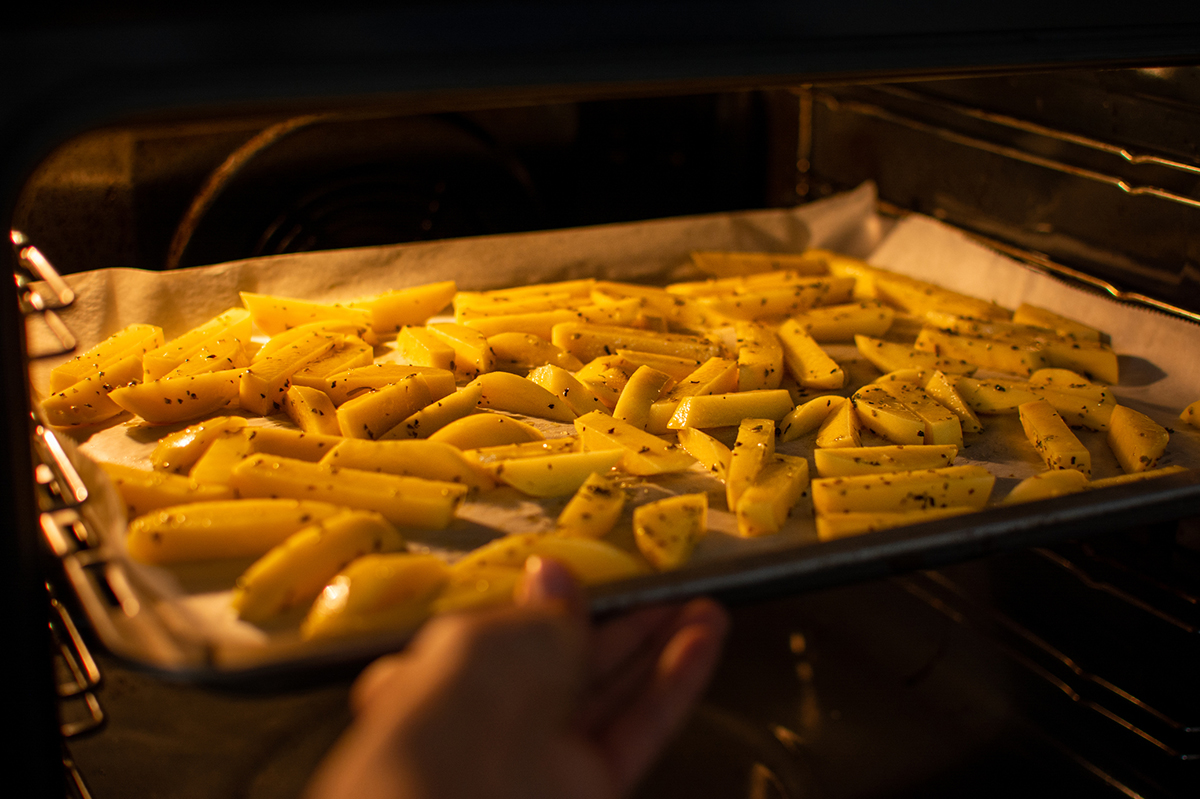 How to Make Heart-Healthy Swaps

Limiting fried foods to an occasional treat, such as enjoying French fries during a celebratory dinner rather than as a snack every weekend, can help to reduce your risk of heart disease. You have plenty of heart-healthy options when it comes to replacing fried foods in your diet.

Try cooking the food using a different method. You can bread chicken and bake it instead of frying to get the same crispy exterior. You can also bake potato slices to get a taste and texture that's similar to fries. An air fryer, which uses convection to heat foods, can produce a texture that mimics the crispiness of fried foods, minus the fat.

You can also try swapping out the foods you eat for healthier options. Instead of reaching for a bag of potato chips or tortilla chips, try a handful of nuts. Nuts are high in fat, but the fats they contain are usually healthy fats that boost heart health. One study found that people who ate 1-ounce of nuts five times a week had a 14% lower risk of cardiovascular disease than people who never ate nuts5.

When it comes to your heart health, the goal is progress, not necessarily perfection. Fried foods can be okay in moderation, but for your daily diet, it's best to stick to baked, boiled, grilled, or broiled foods and save those fries, mozzarella sticks, and deep-fried Oreos for special occasions.

5. Nuts for the Heart, Harvard, https://www.hsph.harvard.edu/nutritionsource/nuts-for-the-heart/